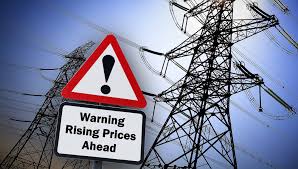 Since 2008, we have seen prices of electricity rising above that of the consumer price index (CPI). Eskom just keeps punishing the public for its failed ability to manage and ensure grid stability.

Once load shedding began in 2008, South Africans incurred a 27.5% increase in the price of electricity compared to an inflation rate of only 10.9%.

In 2009, the price of electricity grew by an astronomical 31.3%.  Prior to these years, electricity had never exceeded the annual inflation rate.

The national energy regulator (NERSA) has the task of keeping regulating the price of electricity that is imposed on South African businesses and homes.  For the first time, in this last year, NERSA lost a court case against Eskom.  The judge ruled that the NERSA was at fault in including the R69 billion equity payment from government in its revenue.  The R69 billion had been allocated to service Eskoms massive debt.

Although NERSA is appealing the outcome of this case, businesses and homes will ne to prepare themselves for tariff increases that are well above CPI and inflation.

Eskom had already negotiated a 5.22% tariff increase for next year beginning April 2021 for Eskom direct customers.  With the result of the court case, consumers could be looking at tariff increases of approx. 15%.

There are varying reports of Eskom’s debt position.  Most reports reflect an indebtedness in the range of R440 billion to R500 billion.  It is further reported that the funds coming from government to assist Eskom is barely helping them cover the interest on their loans, let alone their actual loans.

According to Bloomberg Economics, Eskom is the single biggest risk to South Africa’s economic outlook.

Even with government interceding to attempt to relieve the debt burden, I foresee that it will take many years to resolve the problems and to adjust the Eskom business and revenue model moving forward.  It is clear that both municipalities and Eskom will continue to lose revenue to alternative forms energy production, especially Solar PV in the residential, commercial and industrial sectors.  This will only increase the debt burden, as Eskom’s revenue will continue to decline.

Consumers have had no choice but to move towards alternative solutions, should they want stability of electrical supply and life to continue with some form of normality.